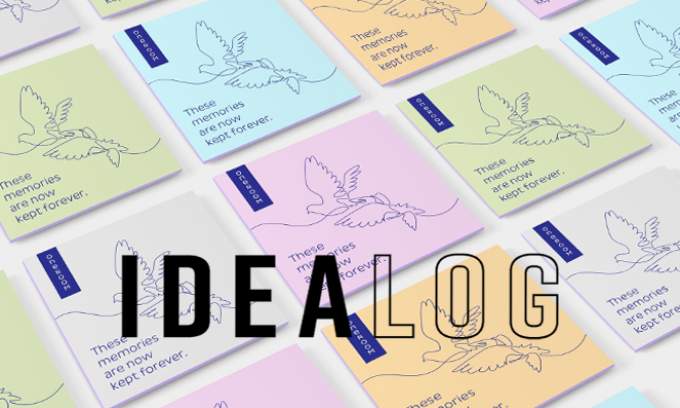 We gave OneRoom CEO David Lutterman a little longer than an elevator ride to pitch his company, which is shaking up the traditional funeral industry with its live stream technology and slick branding.

Live streams of sports, breaking news stories and even more banal every day moments like two people squaring off in a game of Fortnite are fast becoming the norm with the range of technologies now available at people’s fingertips. But what if this innovation was taken into a sector one doesn’t typically associate with livestreaming – say, the funeral sector?

OneRoom launched with that purpose in mind, allowing friends and family to live stream funerals if they’re unable to be there in person for the event.

“We record, stream and store funeral services,” Lutterman says. “When we tell people this, they almost visibly recoil a little. The big idea is to stop people doing that.”

Entrepreneurship in the funeral industry is a hard gig to get into due to the innate fear most humans have of one of the few certainties in life: death. Yet seeing as 33,225 New Zealanders died last year, having to deal with the administrative and emotional misery caused by the passing away of a loved one is a situation many will have to face.

“The main challenge [OneRoom is facing] is driving change into a very traditional and conservative sector that has historically been shrouded in taboo,” Lutterman says. “Being able to tell a clear and compelling ‘why’ story helps to break through this barrier. Understanding the typical fears and problems of funeral home staff in operating technology has also been key to our product design and service.”

OneRoom is a breath of fresh air in this regard. It passes on the usual stuffy, dated funeral-business look and feel in favour of slick, modern branding touting how its product is “bringing people together when it matters most”, as well as its tech product that’s changing up the funeral industry.

Lutterman says the aim is to continue the conversation beyond funerals and encourage people to speak openly about death, as it’s one of life’s most defining moments.

“By using the line drawings, we hoped to communicate the connections between people that occurs at an event like this and extends over time. It also enabled us to abstract our testimonial feedback, making it more relatable to the cross section of society and cultures we serve while implying simplicity, the key aspect of our service,” Lutterman says.

We record, stream and store funeral services. When we tell people this, they almost visibly recoil a little. The big idea is to stop people doing that.

The livestreaming technology is also recorded and stored, ensuring people’s life stories shared are captured on film, a bit like the TV show This Is Your Life.

“Maori Tangihanga (ceremony to mourn the dead) seems advanced in its inclusiveness and time taken to properly honour and farewell a loved one. In contrast, typical funeral and memorial services take place within two to three days of death and last about an hour,” Lutterman says.

“It is a big ask to get everyone together at short notice, and then to do justice to their life story. We can record and share what happens during that hour, so no one misses it.”

He says OneRoom’s offering taps into three trends: cultural trends, with digital natives wanting a video-on-demand option for everything (including funerals), societal trends, with families increasingly dispersed across the world, and sector trends, as the funeral industry needs to adapt their service in order to keep up with the times and stay relevant.

OneRoom was first founded in 2008, with “too many ideas, too many people and not enough money”, Lutterman says. However, when Purewa Cemetery and Crematorium approached them in 2012 and asked if their technology could help them to share their funeral services online, livestreaming becoming the sole focus for OneRoom’s services.

Lutterman says while the livestreaming of funerals isn’t a new idea, at the time there was only a handful of businesses doing it, which allowed OneRoom to refine its technology and build a great product.

One Room captures and archives a funeral or memorial via a secure private broadcast that can be accessed from anywhere. It’s automated and cloud based, can also give people at home the chance to tune in to multiple cameras being streamed, so they can see the audience as well as the minister.

The platform has also been built natively inside Amazon Web Services (AWS) for further reliability.

Moving into the funeral industry was a bold step into the unknown for the former telecommunications worker and international gymnast Lutterman, who says nothing could have prepared him for his first funeral expo in the US in 2013.

Now, he says he knows more about this sector than he ever expected to. OneRoom has since expanded to operate in four countries – the United States, Canada, Australia and New Zealand. In 2018, 80,000 people attended a funeral service using OneRoom from all over the world. To date, OneRoom’s live streams have been watched in 163 countries.

Lutterman says New Zealanders are adopting funeral livestreaming at swift rates, which provided a good testing ground for the product before taking it to the world.

“We are focusing on presence in North America and Australia. Kiwis are generally smart and early adopters of tech, so we had a chance to glimpse the future here before driving growth in other lagging markets.”

"It is a big ask to get everyone together at short notice, and then to do justice to their life story. We can record and share what happens during that hour, so no one misses it."

What about livestreaming running the risk of people remotely tuning into funerals rather than showing up in person, much like livestreamed university lectures? Lutterman says it doesn’t cannibalise the market for funeral directors – rather, it just makes the service reach a wider audience.

“There is no evidence that physical attendance at funeral services has dropped, we simply allow more people to be included where distance, time or circumstances prevent them from attending in person,” he says.

The vision for OneRoom is to make the recording and sharing of funeral services a common offering globally.

“Birth and death are two inevitable life events that we can count on happening,” Lutterman says.

“And when that day comes, One Room will be there to capture the tears and laughter and everything in between so that this unifying moment can now be shared and re-told by the people who cherish the memory of the one who went before them.”