We should mourn how the pandemic has complicated mourning 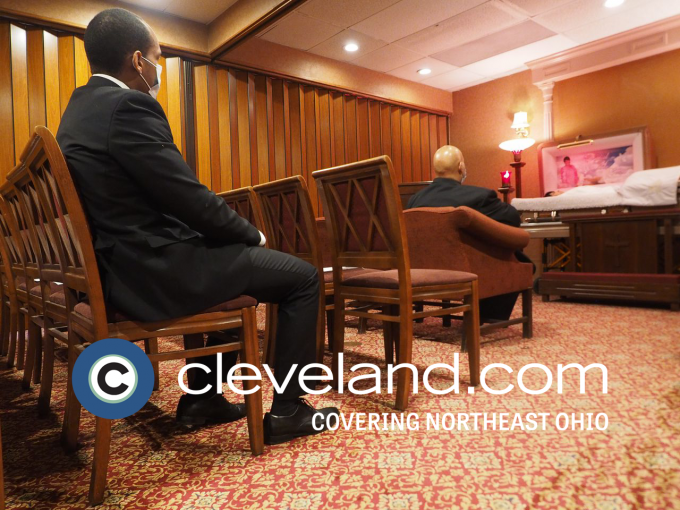 These are the most mournful times many of us have ever known, which makes our inability to mourn together frustratingly ironic. Directives from the nation’s governors that people help decrease the number of people dying by congregating in groups no larger than 10 mean that when people do die, we can’t gather to say goodbye to them. We can’t embrace their bereaved family members. Or join the rest of the community in providing a pot-luck feast.

That’s one of the many ways that the novel coronavirus pandemic is ripping the social fabric. It’s keeping us from physically comforting others during the times they’re most desperate for a compassionate touch.

“This whole pandemic has pointed out how we, as humans, are social,” Marcella Boyd Cox, vice president of E.F. Boyd & Son Funeral Home and Crematory said by phone Tuesday afternoon. “We’re not robots.”

But that human need to hug and hold hands during our sadness “is the very thing that makes us more vulnerable right now.”

Like many funeral homes across the country, E.F.Boyd & Son – which has locations in Cleveland and Warrensville Heights – has just begun implementing live streaming so people who can’t physically come together to send off their friends and loved ones aren’t left with nothing.

Cox said her company is using One Room, a platform that allows people who’ve been granted access to either watch a service live or after it’s been recorded.

The day before my interview with Cox, I logged onto Facebook Live to watch the funeral service for a sweet septuagenarian couple who were former members of my church in New Orleans. The husband died of COVID-19 on March 26, and his wife died of the same on April 1. With the exception of a large crowd, the service had all the essential elements one would expect of a funeral, but – for me, at least – it lacked the emotional catharsis that makes those services so important.

While it was good to be able to see that 150 other people were watching and good to see how many of them I’m friends with on Facebook, it was distressing to see the funeral home’s archive of previous services. I didn’t know any of those people being memorialized, but a click of my trackpad would grant me as much access to their funerals as the people who knew and loved them.

Mark Busch, vice president and funeral director of Busch Funeral and Crematory Services in Parma said Thursday that his company broadcasts services via Livestream or Webcast with secure password access and uses Zoom to consult with families planning arrangements. “Fortunately, we’ve been utilizing a number of technology platforms since 2015,” but he said, because most people were still making arrangements and attending funerals in person, “we didn’t really push it.” Things are different now. “All of a sudden we had to focus our energy on being technologically proficient.”

Busch lost his father, John Busch, on Feb. 23, and even though that was only two months ago, everything’s different now. “I was able to experience hugs and tears of sadness and joy with my family and friends,” he said, and the sanctuary was filled with people. Now we’re asking people to forgo “human-to-human interaction,” which runs counter to all our instincts.

“I can’t imagine how I’d be if I had to pause my grief,” Busch said. Remembering how he was comforted after his father’s passing “really put things into perspective for me.” Technology, he said, can help bereaved families express at least some of their grief now instead of holding on to it until some indefinite point in the future.

But it’s still more of a stop-gap measure than an ultimate solution. Busch said many families are “doing healing moments now through technology but still want public gatherings in the future.” He said his funeral home has events scheduled into September and people are beginning to inquire about October.

In “Antigone,” the Greek tragedy Sophocles wrote around 441 B.C., the title character defies the king’s order that her brother Polynices not be buried and not even mourned. By burying him anyway Antigone demonstrates that honoring the dead is non-negotiable.

Almost 2,500 years have passed, and our need to honor and say farewell to our loved ones hasn’t waned -- even if our ability to hold each other close has. Computer screens and smart phones have often been criticized for making us less social, but those tools have become almost indispensably crucial during this crisis.

No, screen time can’t replace hugs, but until we can hug again, it’s just about all we’ve got.